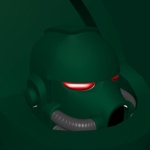 This movie was realised during my studies at the Studio M - Marseille school, in 2010/2011. It war released in mai 2011 and took over a year to get finished.

I made this movie alone, that means I've had to do everything myself, whit the helpfull support of all my teachers.
So, for this movie I'd got to, find the start idea, write the script, realise the concept art ( turn table, props, scenery ), the modelisation ( Character, scenery ), the texturing/shading, the skinning/rigging of the character as well as it's set up, the lighting, the particle system for the smoke that can be seen in the shot 3 and in the sequence-shot 11-15, the animation, the editing, even the renders were made on my personnal computer.
An other part of the short that we were asked to do was the sound, so have we learned the computer assisted sound recording, the mixing, the sound correction, and the equalisation.

So the list of the software used for this movie is :

We could have learned Z-Brush 4 as well, but I skiped this step, because I far prefered this old school looking 3D, quite flat, and I choose to use a sort of " shaderisation " over the short, because texturing is not a strong spot for me and, in another hand, it woundn't fited the general cartoonish atmosphere I wanted to achive, mostly inspired by the cartoon Daria, first seen on 1999 on MTV, and later on Canal + ( in France).